“I have experienced my purest emotions in a great Spanish forest where, when I was 16, I retired to paint”.

This statement of Picasso, which is found in the correspondence that Picasso shared with the art critic Apollinaire, shows us that the time the painter spent in the forests of Els Ports during his first stay in Horta de Ebro (today known as Horta de Sant Joan) was something special.  Those weeks that the young painter from Malaga and his great friend, Manuel Pallarés spent in this area left a profound impression on the teenage Picasso.

In 1895 the Picasso family left La Coruña to set up home in Barcelona.  The young Pablo registered in La Academía de Bellas Artes – the Academy of Fine Arts – la Llotja where his father was a teacher of drawing.  There he met Manuel Pallarés  a fellow art student 5 years older than himself –  who was from Horta de Sant Joan.  Immediately they had a mutual understanding and, despite the age difference, it developed into a friendship which would last until the death of Pallarés, seven decades later.

In 1897 Picasso went to Madrid to continue his studies in the Real Academía de San Fernando.

But suffering from sickness and depression, he returned to Barcelona before the end of the academic course.  Seeing his friend in such a miserable state, Pallarés proposed to Picasso that he should spend the summer at his home in Horta.  Picasso’s parents were delighted with the offer, not only because that had great confidence in Pallarés but also because they thought the healthy country life, far from the city, would be good for their son.

At the end of June, 1898, the two friends arrived in Horta, and they settled into the Pallarés family house.  For Picasso everything was new and strange.  He had only ever lived in cities, and now he found himself in a small village far from any urban centre of importance, with a style of life very different to that of Barcelona, Málaga or A Coruña.

After a few weeks spent in the village and round about, drawing and painting landscapes and scenes of the varied occupations of the people, Picasso and Pallarés decide to spend the month of August in Els Ports, the  mountains right opposite Horta. For most of the time they would be about 12km from the village. The two friends spend the day painting, drawing, and above all, living in wild country, in communion with nature.  The nights they spend sheltered in a cave.  During this time Picasso produced many drawings and some oils, always loyal to academic norms, but the important thing is what was going on inside the head of the young art student, the new sensations, the emotions that he would never forget.  Picasso got back his health and happiness in the company of  his friend.  On one occasion Pallarés saved him from drowning in the river!  But above all Picasso discovered a sensation that he had been looking for for some time:  freedom.  Until then he had been submitted to the artistic obedience of his father and of the academy.  This sensation of freedom exploded during his time in Els Ports.  There he has no one watching over him, only his friend and nature.  Picasso feels physically strong.  He feels free, and he is happy.

At the beginning of September they returned to the village, but Picasso did not return to Barcelona until the end of January of the following year.  He delayed his return because he wanted to assimilate these new sensations.

When he gets back to Barcelona he is no longer the young drawing student.  Now he knows what he is and what he will be.  He has it clear what he will do from now on.  It is he who will take decisions, and he gives up his academic training.  Picasso has iniciated the great adventure of being the genius of 20th century art.  Now nothing is the same.  He stops attending classes at the  Academia de Bellas Artes and becomes part of the group “Els Quadre Gats” – the 4 Cats – where he makes new friends and gets to know the new and the old generations of artists.  What’s more, he intends to participate in the Universal Exhibition of Paris in 1900 and travel to the French capital – the Mecca of art – just as he had planned in Horta with his friend Pallarés.

He produced numerous drawings and oils during his stay in Horta.  The works which outstand were the idyllic scenes, and the oils show a luminosity and use of colour new to Picasso.  Green and yellow, as well as mauve and violet, predominate.  They are works which reflect the state of mind of the artist, conveying a warm, fresh ambiance impregnated with great tenderness.

Josep Palau i Fabre, in his work Picasso Vivo, 1871-1906, describes the importance of Horta perfectly: “We believe that Horta repesented during much of his life – perhaps for ever – the Lost Paradise, that lost paradise that almost everyone, in one form or another, carries within”.

On 5 June 1909 Picasso returns to Horta.  Ten  years have passed since his previous visit.  He is no longer a teenage apprentice painter.  Now he is a young painter with prestige amongst the avant guard Parisians who make their living selling their paintings.  He comes with his girlfriend,  Fernande Olivier, who will cause a stir amongst the people of the village.  Her way of dressing and the times she spends in the village café playing dominoes scandalises the puritan women.  In one of the last letters she explains to Alice Toklas :  “I always play dominoes and scandalize the female population with my coloured shalls, the one you gave me to be exact”.

Picasso doesn’t come looking  for new landscapes to inspire him.  He comes to rediscover himself in a landscape he knows well and that he wants to raise to the category of a work of art.  It is his way of paying homage to the place where he got his health back and gained the strength to be in the place where he now finds himself, in full creative adventure of a new artistic style:  cubism.  But this time he brings with him an object which attracts attentiion: a machine which makes pictures, to photograph places and people who he has captured on canvas, as if it were a certification that those cubist landscapes correspond to places that really exist.  A series of photographs and the letters that Fernande writes to  Alice Toklas and Gertrud Stein, explaining the happenings of the three months that they spend in Horta, constitute an excellent chronicle of life in the village at the beginning of the 20th century.

Palau i Fabre resumes for us the characteristics of the geometrical cubism that is being developed in Horta in these notes:

On this second visit landscapes predominate:  La balsa de Horta (the water reserve of Horta), La fábrica (the Factory), La montaña de Santa Bárbara…(the mountain of Santa Barbara)……and the portraits, mainly of Fernande.  But there is a very special characteristic:  bit by bit, the folds and edges of the Mountain of Santa Bárbara take on the face and the body of Fernande.  The culmination of this process we find in the two paintings entitled  Mujer desnuda sobre fondo de montañas –  Nude woman against a background of the mountains – in which it is impossible to guess whether it is the body of Fernande or the folds of the mountain.

Just as Cézanne produced an almost obsessive series of oils of the mountain of  Saite Victoire, Picasso produced his series of  la Montaña de Santa Bárbara, but he humanized the mountain,  using his beloved Fernande. Both series are the result of the fascination for a landscape.

At the beginning of September Picasso leaves Horta, never to return, but the memories of his personal Paradise will always stay with him.

“We should stop for a moment longer to contemplate the work produced in Horta, underlining its progressively platonic character, in the sense that these houses and these landscapes do not describe to us the reality of the village but rather they purify it.  The walls and the roofs are made of air.  They are created to enable us to pass through, weightless, as if we were in Paradise, and this corroborates our assertion that Horta was and remained for Picasso, during his whole life, the lost Paradise.” 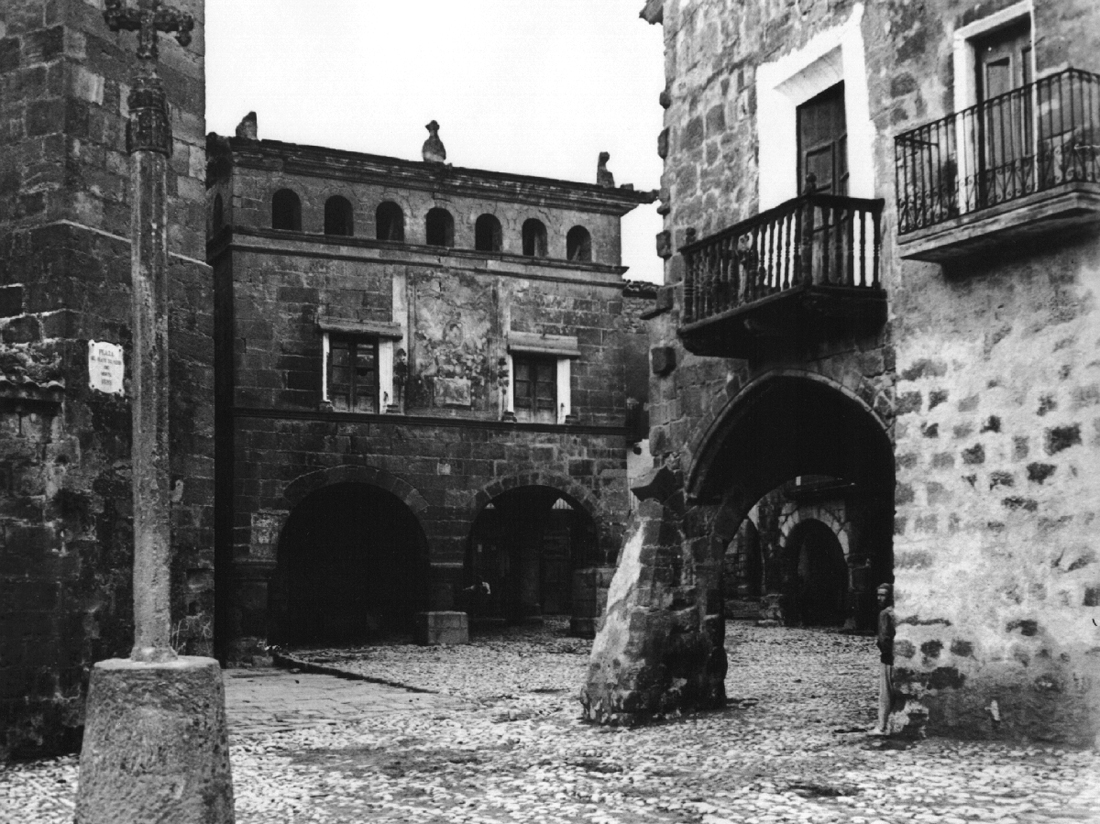 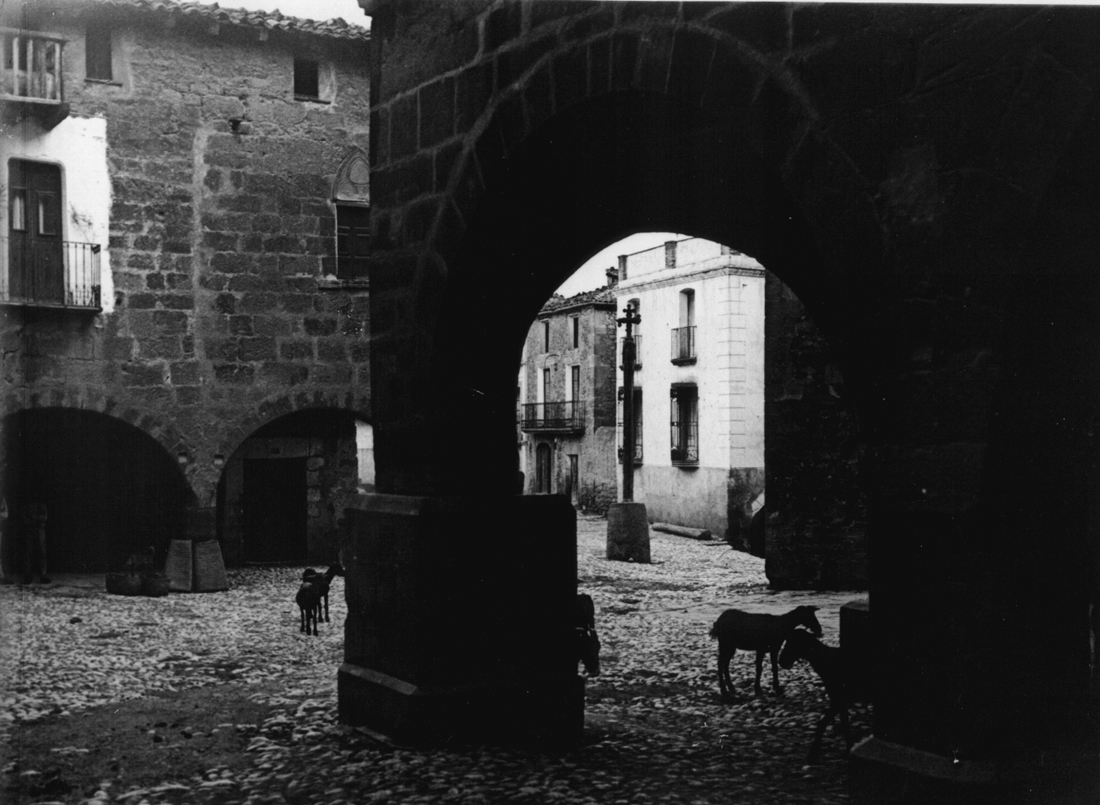 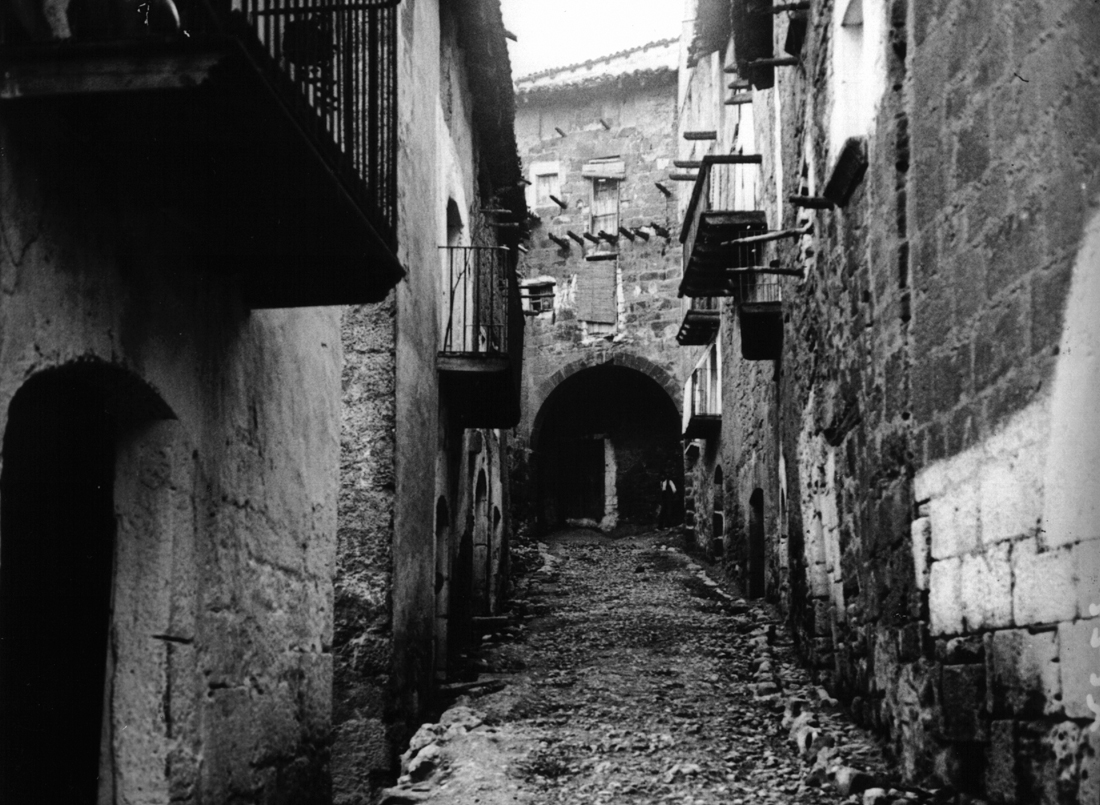